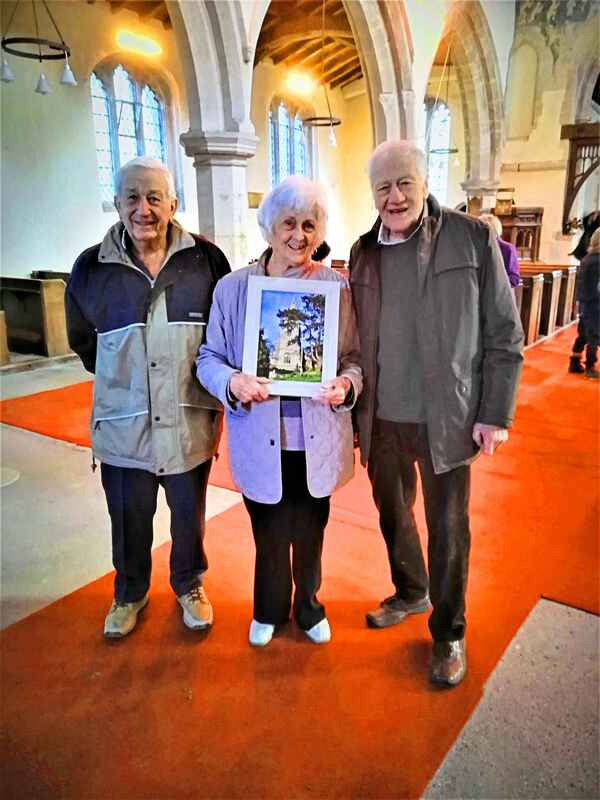 Long-Distance Paths
Three national long-distance paths (LDPs) route via Broughton, and there is an additional European long-distance path which passes to the north of Broughton. Here is a brief description of all these paths together with their individual website URLs for more details of all 4 paths.
LDPs via Broughton:
1.Pathfinder Way. This is a circular route which starts and finishes at RAF Wyton https://www.walkingenglishman.com/ldp/pathfinderlongdistancewalk.html . The route connects the former Pathfinder Force https://en.wikipedia.org/wiki/Pathfinder_(RAF) airfields of RAF Wyton, the former RAF Graveley, RAF Oakington, and RAF Warboys. The commander of the Pathfinder Force was Air Vice Marshal Don Bennett who was an Australian. Please note the extra “wing” at the top of the left-hand breast-pocket beneath the medal ribbons. This extra wing was worn exclusively by aircrew members, both officers and NCOs, of the elite Pathfinder Force. (As a very junior cadet pilot in the RAF, I met several of these aircrew members; all were very humble about their achievements.)
The walk leaves southwards from RAF Wyton to the former RAF Graveley, then onto the former RAF Oakington, then the former RAF Warboys, and returns to RAF Wyton via the public footpath (PFP) starting near the cemetery at Warboys, around the old airfield “perimeter” taxiway joining Illings Lane next to Illings Farmhouse, and continues via Causeway Road, School Road, then continues via the PFP opposite the village hall, returning to RAF Wyton via Kings Ripton.
2.Via Beata. This is a pilgrimage route which connects the broadest part of the UK, Lowestoft to St David’s in Pembrokeshire, https://www.viabeata.co.uk/ .The direct route is about 140 miles long, but Via Beata uses PFPs making a total distance of more than 400 miles. The way-stations in our area are at Bluntisham, Burleigh Hill Farm (near St Ives Rugby Club),

Little Stukeley, and Little Gidding. This route enters our area via the PFP from Oldhurst, across the A141, joins Warboys Lane, Causeway Rd, crosses in front of the church, up School Rd, and leaves opposite the village hall towards Kings Ripton, the same PFP as Pathfinder Way above.


3.Rothschild Way. In the early 20th Century Charles Rothschild purchased two areas of land which then became conservation areas. We know these specific areas as Wicken Fen and Woodwalton Fen (part of ”The Great Fen” project)  https://ldwa.org.uk/ldp/members/show_path.php?path_name=Rothschild+Way . Local walkers then established a route between the two conservation areas, now known as “Rothschild Way”. https://www.greatfen.org.uk/explore/walks-trails/rothschild-way .
This path takes a slightly different route though our village following the PFP around the west of the former RAF Warboys, joining Illings Lane at Illings farmhouse, continuing for a very short distance onto Causeway Rd, around Bull Cottage, before then routing via Bull Lane on the PFP adjacent to the polytunnels. It then re-joins Illings’ Lane north from where the route originally joined Illings’ Lane, and then continues  towards Wistow.
4.E2 European long distance path. This route passe to the north of Broughton, but it worth investigating. https://www.era-ewv-ferp.org/e-paths/e2/ . The route is from Galway to Nice. The Irish part of the route remains inactive, but the route itself passes through Peterborough following the river and PFPs.
Enjoy your walks.